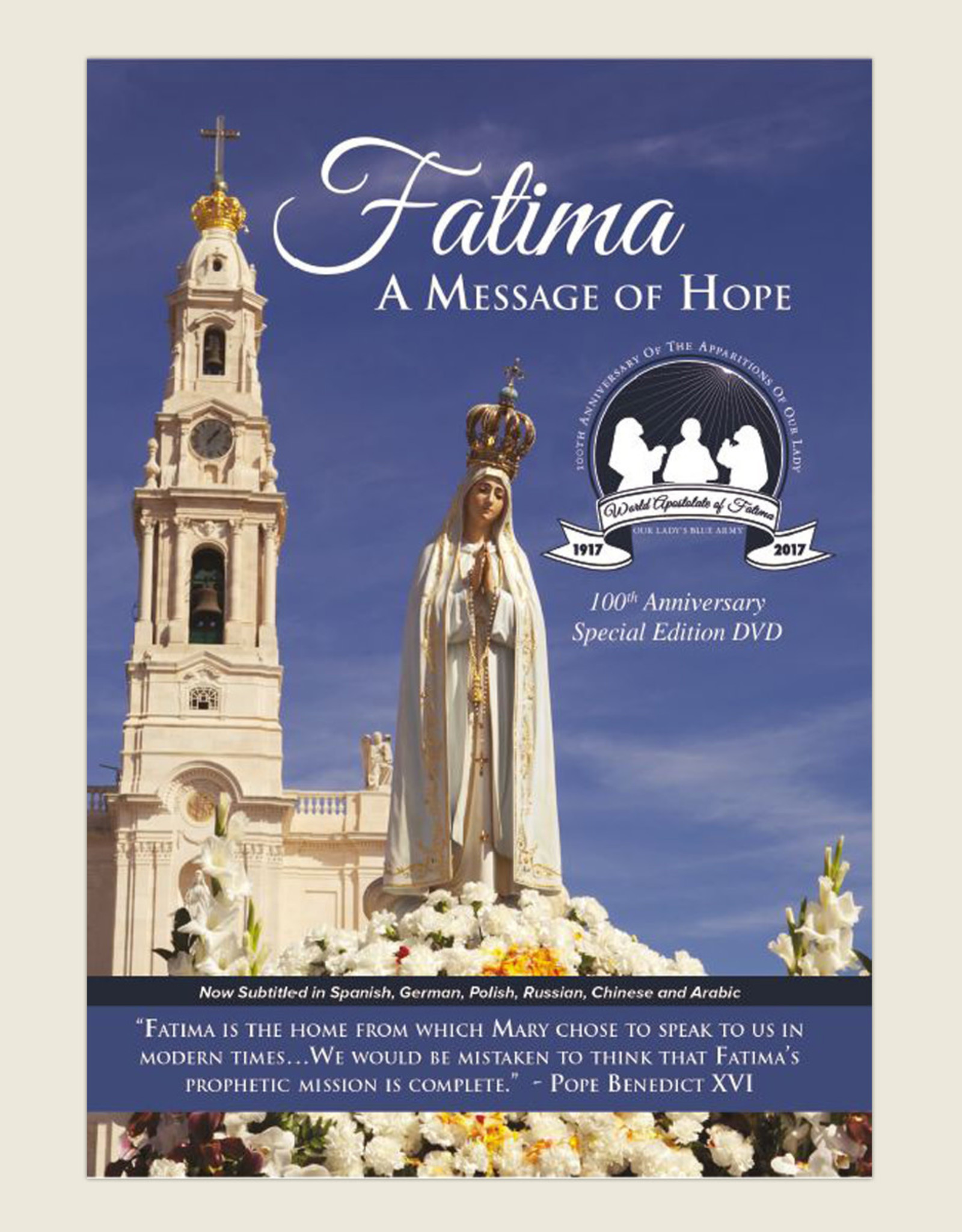 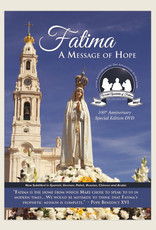 From May through October in 1917, the Virgin Mary appeared to three shepherd children in Fatima, Portugal. These incredible events were witnessed by tens of thousands of people and are considered the most prophetic revelations of the 20th Century, including the greatest miracle to have occurred on earth at the exact time predicted.

Today, the Message of Fatima is more relevant than ever before. FATIMA: A Message of Hope conveys this miraculous story with accuracy and passionate detail. Learn the truth of the events and the importance of Mary's message through insightful interviews with experts such as Father Andrew Apostoli, C.F.R., Father Benedict Groeschel, C.F.R., Father Luis Kondor, Father Robert J. Fox and family members of the three shepherd children.

SAVE! Order 12 or more and receive a discount.

Add your review
0 stars based on 0 reviews
Add to wishlist / Add to compare / Print
← Return to the back office    We are currently closed for our annual physical inventory. All orders placed between now and Jan. 29th will be shipped in the order received starting Jan. 30th. Hide